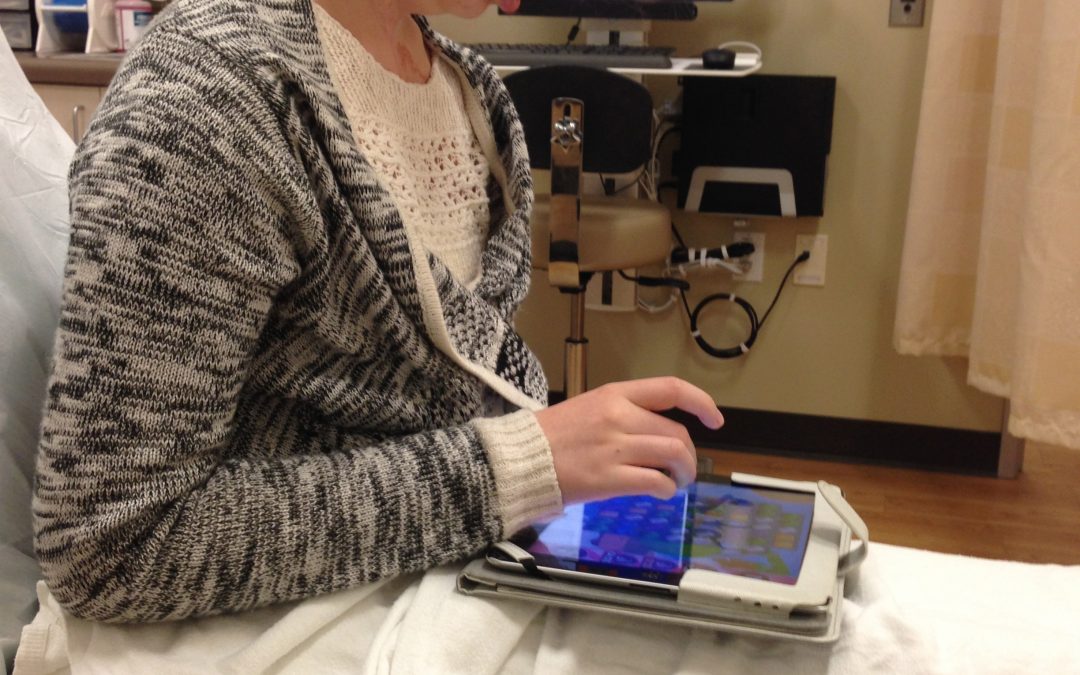 My girl gets bumps all over the left side of her face.  It’s one of the most obvious aspects of her physical condition. They come and go, ebb and flow with less regularity than the tide or seasons.  Their predictability is only that they occur randomly in all different shapes and sizes.

Recently, one of those bumps took on an unusual form.  It grew quickly, rapidly showing up as something not seen before, and so we had it checked.

Keep in mind that my girl has had more surgeries than fingers and toes, and has only this year begun allowing the fine folks in medicine to do a little nip and tuck in the office to remove the offspring of her birthmark.  She has bravely faced her fears several times this year to improve the appearance and comfort of her face.

When the diagnosis came back as squamous cell carcinoma and would require surgery, I was faced with a double demon.

How do I deal with this myself?  I have my own baggage around cancer.  My mom and sister both dealt with it and I rode that tiger alongside them.  Then there’s surgery.  How much more of this could my girl handle, could I handle?

I felt anger too, anger at God who could have given us this proverbial cross to bear. Really?  A kid who has been through so much?  A kid who struggles with pain and oddities in her body every waking and restful moment of every day?  Cancer?  Broken bones and kidney stones and heart surgery aren’t enough? Really God? This is just too much.

I felt my fear, felt my overwhelm.  I lolled around in the inequity of it all, the feeling of it just being too much to bear.  For both of us, all of us.  I let that fear run my show for awhile until it reminded me:  I was projecting my future, her future, based only on what I have lived and known to this point.

Alright God, I told myself.  Show me what I don’t know.  I believe in possibility.  Bring it.

My basis for being afraid was the notion that cancer was a big scary situation that is evil, the source of widespread suffering and death.  I had even lived that with my family. But then I remembered my momma beat a cancer that by all intents and purposes was supposed to have been her demise.  And then I remembered that I get to choose my thoughts about anything, and that my thoughts truly do affect my life.

I began to reprogram myself about the C word to more accurately reflect my inner knowing about the subject.  Then I taught it to my girl.

Instead of calling it cancer, a word whose very mention carries menacing overtones, we would be calling those cells creative.  They were just cells that started doing their own thing, and just as quickly as they started, they could stop.  Why not?  We took the fuel out of that firey word right then and there.  And I felt better.

Our belief came toe to toe with the medical establishment.  We were referred to the professionals who were 99% successful at removing all those creative cells through a process called Mohs surgery.

Reframing the meaning behind that word took some doing as parts of my girl are frozen in fear about anything related to surgery.  For her it means general anesthesia, nausea, pain I can’t even imagine, and months of recovery, limitations and isolation.

This was actually an outpatient procedure similar and more invasive than what she had successfully conquered earlier this year, but she couldn’t hear that.  The feelings she had associated with the S word were overreaching her ability to reason or see things differently.

It took much coaching and repetition on my part to crack open that door of possibility, but she grudgingly peered through it.

At our consultation, the kind and thorough young physician sought to put us at ease. In his world, peace comes through information and included language like Cancer and Surgery.   My girl froze like a deer in headlights as he spoke.  In my attempt to redefine the C word for me, I had never used it with her.  She was stunned.

More language, more reframing, more shifting our focus to what can be.  I pulled her sled of fear into unknown territory, confident that the future I could see would soon be visible to her.

And so it was.  Me leading, her reluctantly moving through this entire process, begrudgingly considering things could be different. Interestingly, the creative cells were the easiest part for her. No history, very little sack of meaning to unpack. Surgery, however, came with an entire truckload of stored experiences.

When it was time, she made it through with a little help from her friends.  For the first time, she reached out to some trusted loved ones for support and lightheartedness. She decided in the face of its inevitability to take the leap from where she was to where she wanted to be.  She focused on happy texts and baby goat videos (seriously, is there anything cuter?).  I could see she felt the difference.

When it was successfully all over, we sat in the car for a moment to gather ourselves before heading out for a celebratory smoothie.

“This surgery was different, wasn’t it?” I asked her. She nodded her head yes.

In that moment, in that tender moment of feeling like we had come through the battle, slightly battered and emotionally on the other side, I knew history had rewritten itself.

The old definitions of cancer and surgery are blurred, erased by this new perspective, the one chosen by me and my girl.