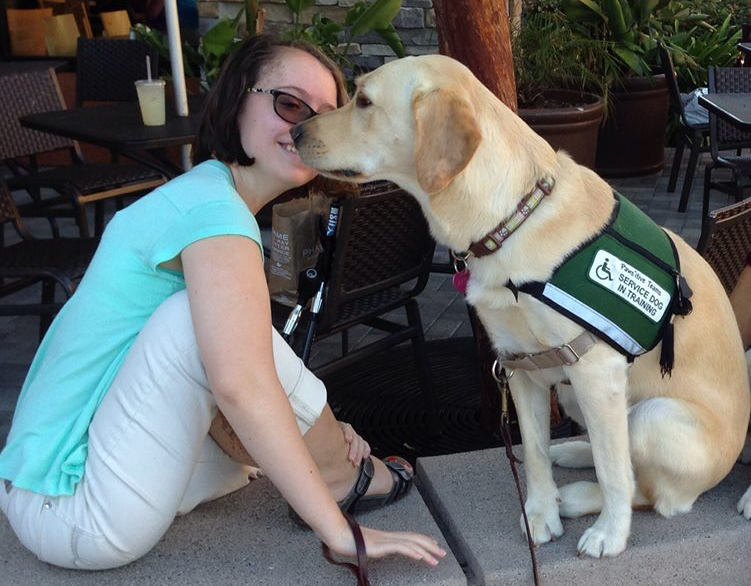 My girl has her big test tomorrow with her service dog, Atti. It’s a public access test because after all, this is a special dog who can go where dogs usually aren’t allowed, so Team Mary and Atti are held to a higher standard.

After months of training and a bit of angst here and there, the day is upon us.

What I’ve noticed is that just the word “test” triggers anxiety in just about everyone involved, myself included. Memories of tests gone wrong, of pressure before SATs where our future hangs on our scores, driving tests affecting our independence…just about every test I know has some sense of imminent disaster associated with it.

So yesterday we talked about the feelings that we were having around this event and I asked her to come up with another word or phrase that we could use instead that would help both of us feel better about this next step.

She chose “exercising our brains”. Brilliant.

Today we will be practicing with Atti and are choosing to focus on the fun miracle of having an awesome dog to work and play with. We are exercising our brains tomorrow and know that however it turns out, we will all be stronger and smarter – and one step closer to having our four legged family member move in for good.